Bay leaf, commonly known as “Tejpatta” in India, is an aromatic leaf from the evergreen bay laurel tree, native to the Mediterranean. It is most widely used in cooking and preparing perfumes. The Indian bay leaf is basically a three veined leaf which is elliptical, pointed, smooth and tough. These leaves are pungent and have a sharp, bitter flavor. Their taste and fragrance are somewhat similar to the cinnamon bark but slightly milder. They are used in fresh, dried or powdered form. The oil extracted from bay leaves, called bay leaf oil has medicinal properties and is used to treat several ailments.

Due to their bitter taste, bay leaves cannot be eaten directly but are often used to impart flavor to a variety of dishes, both vegetarian and non-vegetarian. Bay leaf is extensively used in Indian, Nepalese and Bhutanese cuisines. It is an important spice in Moghulai dishes, particularly biryani and korma. Roasted and ground bay leaves are added to the Indian mixture of spices called “Garam Masala”. Myrcene, which is a component of essential oils extracted from bay leaves, is used in perfumery. They also have the property of repelling flies, moths, mice etc. Apart from their culinary uses, they have medicinal properties and are known for their anti-bacterial, anti-fungal, anti-inflammatory, diuretic and astringent qualities.

These aromatic leaves belong to a variety of plants from different genera. Some of the common varieties of bay leaves are as follows. 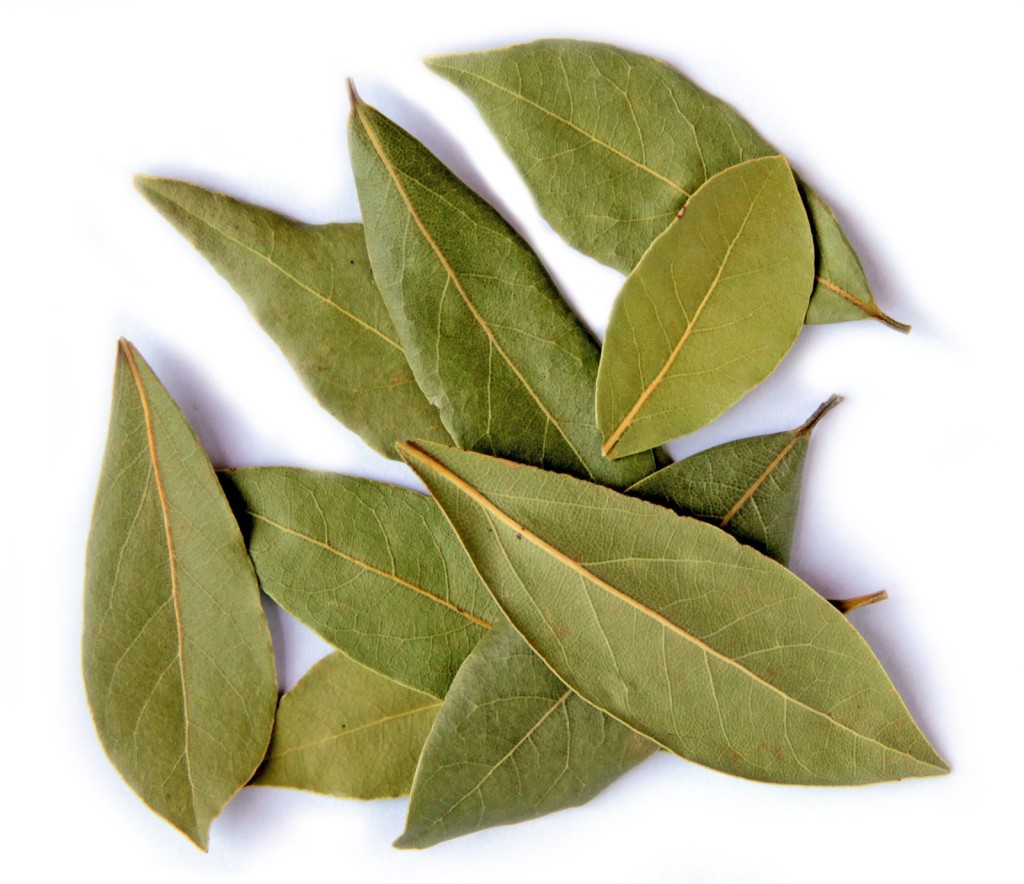 Bay leaves contain notable plant-derived compounds, vitamins and minerals which offer a range of benefits. This herb was widely used by the Greeks and Romans who believed that it symbolizes wisdom, peace and protection. The various bay leaf health benefits are given below. 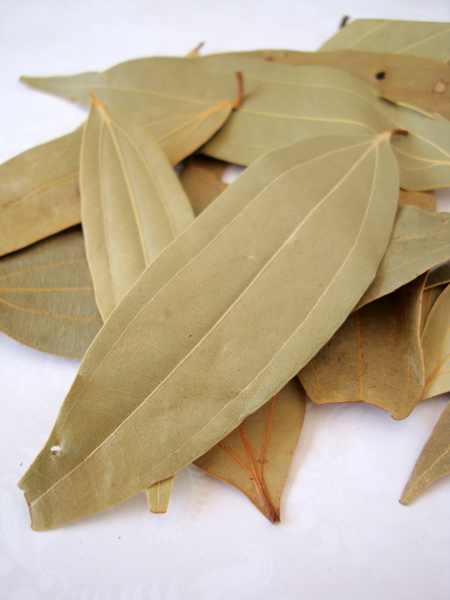 Bay leaves have been found to be effective in treating type 2 diabetes as they cause reduction in blood glucose, cholesterol and triglyceride levels. To get maximum results, these leaves can be powdered and consumed for 30 days. This will cause a drop in sugar levels in the body as well as regulate the functioning of your heart. This is because the antioxidants in bay leaf enable the body to process insulin more efficiently, thus making it a good choice for diabetics and people with insulin resistance.

Bay leaves are good for promoting digestion and can treat digestive disorders such as heartburn and flatulence. Drinking a concoction of bay leaf tea with hot water can alleviate common digestive disorders like constipation, acid reflux and irregular bowel movements. It contains enzymes that enable the breakdown of proteins, thus making it an excellent spice for non-vegetarian diets. In case of indigestion and bloating, you can take 5 grams of bay leaves, add a piece of ginger and boil this in 200 mil of water till ¼ water remains. Add some honey and consume this twice a day for relief. It also acts as an appetite stimulant if you are recovering from illness.

The powerful phytonutrients in bay leaf provide protection against cardiovascular diseases such as heart attacks and strokes. They contain valuable compounds such as rutin, salicylates, caffeic acid and phytonutrients which boost heart health and improve heart function. In case of heart disease and anxiety, boil 3 grams of bay leaves and 3-4 grams of wild rose flowers in 300 ml water till only 75 ml remains. Strain and drink this concoction for relief.

4. Treatment of Cold and Infection:

Bay leaves are effective in fighting the symptoms of cold, flu and infections. In case of respiratory problems, boil water and add 2 to 3 bay leaves. Allow it to steam for 10 minutes. Soak a cloth in this water and place it on your chest to alleviate flu, cold and cough. Bay leaf tea is effective in reducing fever. In case of repeated sneezing, boil some bay leaves in 200 ml water till ¼ remains. Strain and drink this concoction.

Get more recipes and cooking tips
in your inbox